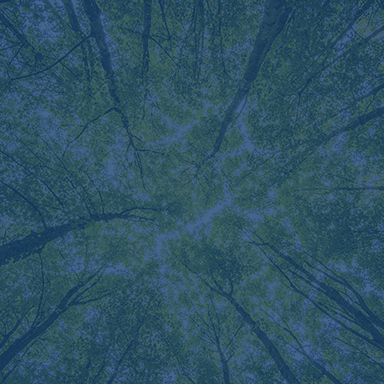 Timber and Product Prices — Pacific Northwest markets have stabilized thanks to strengthening domestic demand. Export markets continue to struggle in the region as tariff uncertainties disturb markets. Decreased log exports to China are depressing the Northern hardwood markets. Southern pine markets saw a retraction in solid wood demand over the quarter. Strengthening panel and lumber markets were reported over the third quarter; prices rebounded slightly from the three-year lows reported in June.

Timberland Markets — The biggest news of the third quarter was Weyerhaeuser’s announcement that it has reached an agreement to sell 555,000 acres in Michigan to Lyme Timber for $300 million.  The acreage represents Weyerhaeuser’s entire ownership footprint in Michigan.  Brookfield also made news last quarter with an announced agreement to sell its stake in Acadian Timber, with holdings in Canada and Maine, to Macer Forest Holdings for $128 million.  Finally, IKEA is the reported buyer of a 42,000-acre package in Texas from BTG Pactual for $78.3 million.

So far, 2019 transaction value sits at just over $1 billion.  With several offerings pending and new properties entering the market, that figure will increase by year-end.  However, with typical transaction values of $2.5 to $3 billion in recent years, 2019 is poised to be a down year.  One driver has been a lack of large offerings, with only the previously mentioned Weyerhaeuser and Brookfield sales topping the $100 million mark so far this year.

In Wisconsin, hardwood markets continued to struggle through the summer as domestic and export demand was lackluster. Hard maple prices decreased, however basswood and birch demand was stable in the region. Veneer markets were weaker over the summer, however demand should increase as fall mill inventory increases occur.

Japanese and Chinese demand is generally down form last quarter. Japan is currently experiencing labor shortages in their sawmills which has reduced demand for log imports. Chinese exporters have backed off as uncertainty around tariffs continue to impact markets. Domestic specialty mills and high production sawmills have had a hard time finding volume and have increased prices.  Lack of harvest due to export decline and steady rains in September have decreased inventories and caused prices to increase in most areas.

Transactions — In the South, IKEA is reportedly purchasing 42,000 acres in Texas from BTG Pactual for $78.3 million.  IKEA also purchased 18,300 acres in Oklahoma from Domain for a reported $17.2 million.  In Alabama, Hancock is reportedly under contract to sell 35,000 acres to an undisclosed buyer for approximately $60 million.  CatchMark sold an 11,200-acre package in Georgia and Alabama to Southern Pine Plantations for $21.4 million.  Finally, Rayonier purchased 10,500 acres in Florida from Domain for $15.3 million.

In the Lake States, Weyerhaeuser announced an agreement to sell its entire 555,000-acre Michigan holdings to Lyme Timber for $300 million.  The deal, which is expected to close in the fourth quarter, is the largest transaction so far in 2019.  Brookfield also announced an agreement to sell its stake in Acadian Timber to Macer Forest Holdings for $128 million.  Acadian’s holdings are in Maine and New Brunswick, Canada.  The transaction represents Brookfield’s exit from North America, with its only remaining timberland assets located in Brazil.

Transactions in Progress — Although few closings occurred in the third quarter, there are multiple offerings pending with several others new to the market.  In the South, Hancock took bids on an 86,000-acre package in east Texas, with closing expected in the fourth quarter.  In Florida, investors are still waiting for word on the buyer of a 55,000-acre privately held package.  In Georgia, both Rayonier and CatchMark are marketing smaller packages with bids due in the fourth quarter.

In the Northeast, investors are still waiting for word on Danzer’s 40,000-acre offering across Pennsylvania, New York, and Indiana.  In Michigan, Hancock is taking bids on 92,000 acres of hardwoods in the Upper Peninsula. Also, in Michigan, a 14,300-acre package from a private landowner is on the market.

While activity is picking up as we near the end of 2019, it is important to note the somewhat surprising lack of large transactions to date.  Only two transactions have topped the $100 million mark in 2019.  With only a couple larger offerings currently on the market, deal flow continues to lag typical levels of prior years.

It’s hard to lead any summary of international wood product markets without talking about the U.S. – China trade war.  As evidenced in several North American markets, the trade war continues to adjust trade flows internationally as the price of many commonly traded primary wood products, such as chips and logs, shift.  Hardwood chip markets in Australia and Chile have been directly impacted by the weakening demand in China.  Similarly, log flows out of New Zealand, Australia and Uruguay have been challenged.  Volume and price have retreated in Australia while in Uruguay, shipments have ceased.  The outlook is murky and heavily affected by Washington and Beijing.

Chile — Chile has experienced some of the global economic weakness as the monthly economic activity index (IMACEC) recorded an average increase of 1.7% for the first half of the year (vs. 5% for the same period a year ago). Under this scenario and expecting the global turmoil and uncertainty to continue, Chile’s Central Bank cut its growth projection for the year to a range of 2.25% to 2.75%. This is lower than the government’s most recent forecast of 3.2%.

Major pulp producers in Chile (Arauco and CMPC) are in the process of advancing maintenance and temporary closures to adjust supply as they wait for global pulp prices to improve in 2020. During June 2019 (latest data available), forest exports were $397 million USD, only the fourth time in the last five years when on a monthly basis, exports have been less than the $400 million USD barrier. Exports for the first half of 2019 amounted to $2.98 billion USD, a 6.4% decrease over the same period in 2018 but still 16.2% higher than the same period in 2017. Looking at individual products, the two main contributors to lower exports are bleached radiata pine pulp and unbleached radiata pine pulp, both registering decreases of 22% and 21% respectively. Lumber exports also contributed to the negative performance with exports decreasing 2.6% versus the same period last year. Other exported forestry products during the first half of 2019 remained flat or slightly positive such as bleached eucalyptus pulp (+0.4%), plywood (+1.3%) and moldings (+2.1%).

Brazil — Some signs of life in the Brazilian economy emerged during the quarter.  The manufacturing PMI hit a seven-month high in September as industrial production recorded its fastest growth in a year.  These positive signs were amidst the continued soft global pulp market that Brazilian pulp producers continue to navigate.  The Brazilian real retreated further during the quarter, weakening 7.5%, driven by global macro conditions and reduction of their overnight rate (SELIC) to 5.5%.    The pension reform bill cleared the first vote early October setting the stage for a final vote.

As mentioned above, the pulp markets continued to weaken during the quarter in both hardwood and softwood across North America, Europe and Asia; however, many analysts see a bottom forming as producers continue to destock and adjust supply.  The Brazilian producers have been a part of the supply rationalization story despite being the lowest cost producers globally.  Pulp and paper production is down -3.7% on a year-over-year basis (January to June).  Domestic wood panel consumption increased 2.1% year-over-year; however, exports fell a similar amount.

Housing — Home building in the U.S. increased in August to the highest level since June 2007, climbing 12.3% from the prior month to a seasonally adjusted annual rate of 1.364 million.

Consumer Confidence — U.S. consumer confidence ebbed in September to a reading of 125.1, from a downwardly revised 134.2 in August, as an escalation in trade tensions fanned concerns about business and labor market conditions, a potentially worrying signal for consumer spending, which has been driving the economy.

Inflation —  U.S. consumer prices were flat in September, as a decline in energy and used-vehicle prices held down broader inflationary pressures, after rising a seasonally adjusted 0.1% in August.  In the 12 months through September, overall prices rose 1.7%, while core prices were up 2.4% on the year.

Trade Deficit — The U.S. trade deficit widened in August for the first time in three months as exports increased but imports increased more.  The deficit had fallen in June and July yet remains higher for the year despite President Donald Trump’s attempts to push it down by imposing taxes on imports and waging a trade war with China.

Interest Rates — The Fed reduced its federal funds rate by a quarter percentage point to a range of 1.75% to 2% in mid-September, its second such cut since late July, and appears to be open to another rate cut later this month, with the Federal Reserve Chairman saying global growth has slowed and “uncertainties around trade, Brexit and other issues pose risk to the outlook.”

Oil Prices —  Oil prices ended the quarter in the mid-$50s per barrel, after a September spike in the mid-$60s.

U.S. Dollar —  The U.S. dollar, as measured by the U.S. dollar index, trended higher over the third quarter, ending at a value close to 98.